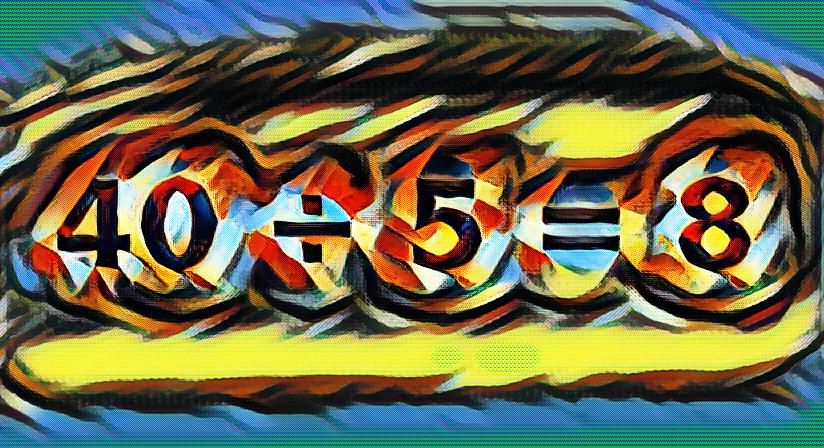 In science there are two answers to the question. The first is that a quotient is a result obtained by dividing one quantity by another. The second, more generic definition is a degree or amount of a specified quality or characteristic – or the ratio of two reference values.

In math theory, the quotient is part of division. There are three originating elements of division:

For example, when dividing a dividend such as the number ten by the divisor number two, the quotient or answer is five.

In algebraic math, it is written differently. In this case a slash (/) or division symbol (÷) divides the dividend from the divisor. An equal sign (=) follows the quotient.

Where the number 40 is the dividend and 5 is the divisor, 8 is the resulting quotient.

A quotient can be used as the degree or amount of a specified quality or property. The word “quotient” comes from Latin, “quotient”, which means “how often”.

To use the word “quotient” in a sentence to indicate degree or amount, one might ask: “What is the quotient of last year’s population census according to demographics?”

Scientific equations in chemistry are often used to determine chemical reactions. Here, too, a quotient represents the ratio of two reference values.

Quotients are also found in engineering and physics terminology due to the fact these disciplines also use formulas and equations.