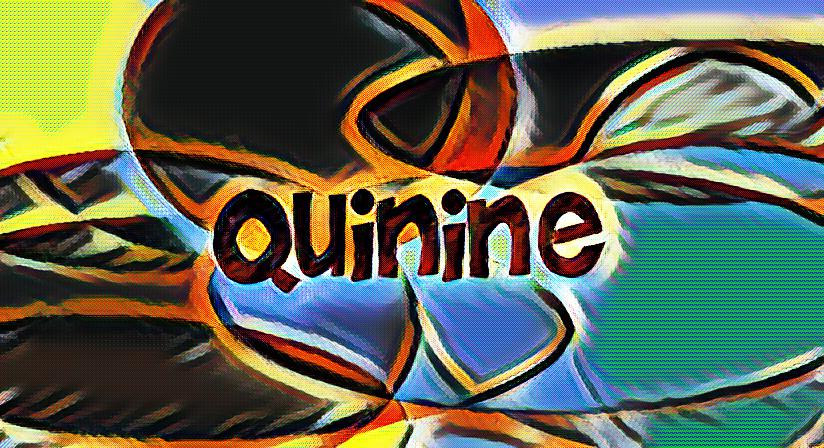 Quinine is a natural chemical compound which is used in medicine for treating malaria and a malaria-like parasitic disease known as babesiosis. Malaria is a mosquito-borne infectious disease that can potentially be life-threatening. Quinine works by hampering malaria’s ability to metabolize sufferers hemoglobin. In addition, quinine is also used as a bitter substance in the food industry.

Malaria has symptoms that can be mistaken for the flu – lethargy, fever, and vomiting – but also symptoms that quickly get serious if malaria is left untreated. If untreated, malaria can escalate from tiredness and fever to seizures, coma, and even death.

The trouble with malaria is that, though it can cause symptoms in one to two weeks after getting bitten by an infected mosquito, can go into remission. Once malaria comes out of remission, it can cause some of the serious symptoms mentioned above. Fortunately, recurring cases of malaria are usually milder each time, especially when treatment is undertaken.

Where Does Quinine Come From?

Quinine’s history goes back a long way. Quinine was first isolated from the cinchona tree in the early 19th century. Bark extracts from the cinchona tree have a long history of being used to treat malaria. In fact, the first recorded use of quinine against malaria occurred 200 years before quinine was first isolated and scientifically understood to treat malaria.

Quinine is a Basic Substance

Quinine has been a staple of the World Health Organization’s list of essential medicines for decades. In the developing world, a treatment of quinine averages around two dollars. Coupled with quinine’s effectiveness and the seriousness of recurring malaria symptoms, this makes quinine an incredibly affordable and ubiquitous treatment option for doctors to pursue.