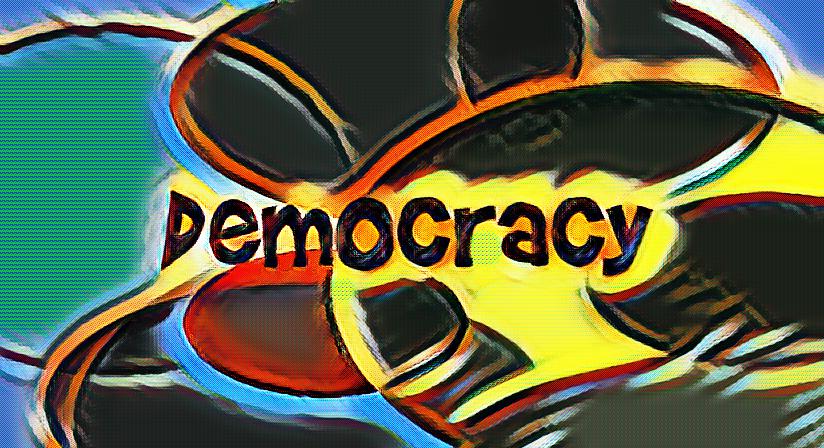 Democracy is one of the more popular political systems on Earth. Though its roots are relatively recent in a historical sense, it has nonetheless been widely adopted in several different forms. Democracy is a form of government that is run directly by voters and that can be adapted to a number of different formats.

While it’s likely that voting-based systems have existed since before recorded history, the first formal democracy is generally credited as being created in Athens, Greece. Cleisthenes is typically credited as the Father of Democracy, due to the reforms that he made in Athenian government during the fifth century B.C.E.

Democratic systems would remain extant for centuries afterwards, though typically combined with the republican form of government. Smaller-scale communities would continue to use the direct democratic methods, most famously in the early British North American colonies. Today, purely democratic nations are unusual but the use of modified democratic systems like the social democracy is common across the developed world.

Democracy is a governmental system in which individuals vote on matters of government. In a democratic system, only specific people are allowed to vote. These individuals, called citizens, must typically fall into specific categories that are defined by the society at large. Historically, limits on voting have been placed due to age, place of birth, gender, and property ownership among other factors.

In a pure democracy, citizens vote directly on matters of the law. Each citizen is given an equal vote, and the majority decision typically wins. In most modern democracies, individuals vote for representatives who in turn vote on legal issues. The larger the community, the less likely it is that a purely democratic decision-making process will be used.

Democratic decision-making is not limited to governments. Many informal communities also use this form of governance in order to make decisions. What’s important, then, is the format of how the decisions are made rather than the precise organize that uses the method.